Five years ago I sat on a couch staring at my husband across the room. I still own the couch, but it now bears battle wounds of small children, the latest of which is blue marker on its’ arm. That night, the couch was clean and smooth. And our world had just jumped out of its orbit.

There was going to be a baby. Five years ago this weekend we suddenly knew the initial emotions of being parents. We knew the timing was horrible. We had no idea the turmoil that year would hold.

I was 29. We had just celebrated his 30th birthday. We had walked off the plane from a fantastic vacation in Florida that week. We headed home to our still new-to-us church where we were thriving and to life as we knew it. I was in my last semester of grad school, hoping to be finished with a dead end job I hated by the end of the year. The puzzle pieces seemed to coming together for me. Until that night when it seemed like someone grabbed all the pieces and threw them up into the air to land at random.

For three months I walked around numbly, not knowing why God thought I needed a child, convinced I was being punished for some latent evil or stupidity. Then our pastor resigned. I got mad at God. I usually try to avoid being mad at God because generally it doesn’t do any good and seems like a waste in the end, but I was mad. For two weeks I walked around mad. And then our landlord told us he had sold our house and we had a month to move. Suddenly I had no energy left to be terrified or mad. I knew I had to give up the illusion of control I thought I owned.

I pitied myself. I let every possible emotion eat away at me. I knew ultimately that circumstances were so far out of my control that God had to be in control and that I was in the safest place to be- in His sovereignty, under the shadow of the Almighty. At times though, I would be afraid to take a breath, not knowing what might come next.

For two months a new normal tapped its rhythm. When everything seemed to be settling, I developed preeclampsia. And had a baby eight weeks early. And spent five weeks in a NICU with her.

I read the story of Abraham to my girls. I read about God asking Abraham to sacrifice Isaac. I’m tempted to skip the story. I don’t want to explain to my 4 year old why God would ask a daddy to kill his own son. I don’t want to endure the empathetic thoughts about giving up my children. But I read the story and I answer the inevitable questions as best as I can. But the story has new revelations for me. The picture of sacrifice and rescue that God showed Abraham and Isaac on that mountain is clearer than it has ever been.

As I read and answer, my heart aches, wondering how Abraham could have given up his son, his only son for God. As a parent I writhe at the thought. And then as a child of God, as a recipient of grace, I realize that writhing I feel is how God felt when He sent His only begotten son, Jesus. And paradoxically, He gave up His son to gain me, to gain many sons and daughters.

I cover my little girls with blankets before I go to bed for the night. I look at their perfect sleeping faces and I wonder how I could be so undeservedly blessed. Each night I get to tuck them in is a gift. I wonder how I ever thought I didn’t need their lives in mine.

The only way I could scrape the surface at truly understanding the implications of my own redemption was to become a parent myself. God is brilliant, to give us families, in order for us to understand Him as our Father. He knew that I needed to know and believe that He loved me. He knew I had to feel that ache inside to be startled by the gift He gave.

A few weeks ago I took my youngest daughter for an ultrasound. I knew going into the procedure that there was nothing seriously wrong. The doctors had basically told us what the issue was. But there was a part of laying her on that table that felt a little too much like placing her on an altar. What if something deeper was wrong? What do parents feel who know there is something seriously wrong?

I went back to Abraham in my mind. He was called to give up what he loved. He complied. And he still believed that God would provide the sacrifice, whether that provision was Isaac or (ultimately) the ram that ended up in the thicket. And the irony of the whole story is that Abraham was rescued from having to sacrifice his son by God, whose plan was to sacrifice HIS son to rescue the world. In giving up Isaac, both Abraham and Isaac saw the glorious picture of redemption to come. When we give up, we look back at the glorious picture of redemption. There is no sacrifice that we endure that God has not made already. Most often this story of Abraham is taught as a neatly packaged heroic “God comes in as an 11th hour genie and spares Abraham from tragedy” kind of tale. But when God doesn’t prevent sorrow or hardship, what do we have left from this story? We have to know that Abraham “trusted God more than what His eyes could see” (S. Lloyd-Jones) and that regardless of our outcomes, God has still provided His own son as a sacrifice for us. All that we are asked to give up, freedom, youth, time, loved ones, convenience and ease, security, whatever it is, is already under God’s sovereignty. His sacrifice has already provided our escape. Our resurrection is guaranteed and sealed, by an altar shaped like a cross, by an open tomb.

We need to come up short and be startled by the grace of God. It is too easy to say the words “grace, sacrifice, death and resurrection, and to not understand what pain our salvation cost God.

Five years ago I had no idea how much God loved me. It may sound silly to say, but I had no idea how He could use what I viewed as a series of mistakes and misfortunes as an altar where, like Abraham, I had to offer up what I most treasured in order to understand the sacrifice of Christ.

When we give up what we most want, we can clearly see the glory and love of our Father. 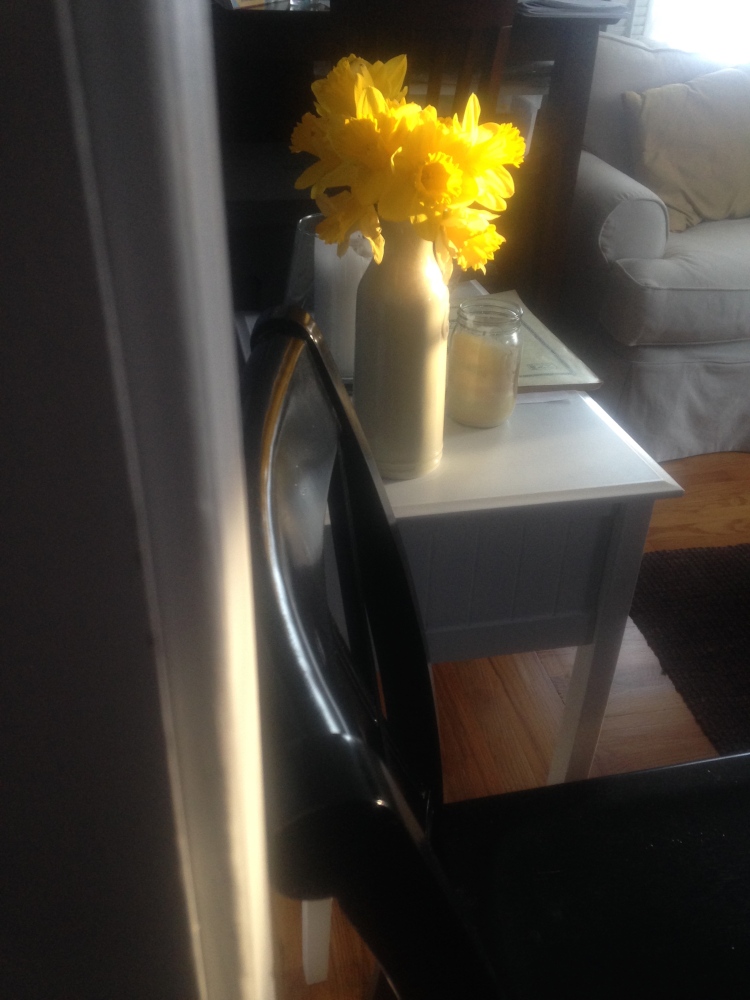 Alisa Luciano lives in Southern New England. She teaches piano, writes, drags her two daughters to coffee shops, and takes photographs of beauty around her. She writes at Through A Glass and The Everyday New Englander. You can follow her on Twitter @alisaluciano View more posts